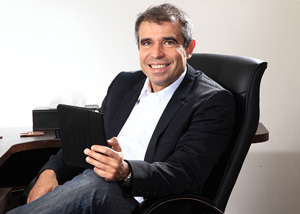 Gilles Blanchard is the Chairman of Zameen.com and Co-founder of Seloger.com, the largest real estate portal in France and a pioneering effort that started out on the French MiniTel – a Videotex online service accessible through telephone lines – in 1992 before moving to the World Wide Web in 1999.

Following its initial public offering (IPO) in 2006, Seloger.com made headlines when it was acquired by Axel Springer AG in a buyout in 2010 for $960 million. Today, Seloger is a wholly owned subsidiary of Axel Springer AG and the second-largest shareholder in the Asian online real estate giant iProperty Group.

In 2012, Mr Blanchard invested in and joined Zameen.com as Chairman. He is regarded as an authority in the property portal world and is no stranger to treading uncharted territory, with extensive experience of working in a variety of real estate markets across the world. 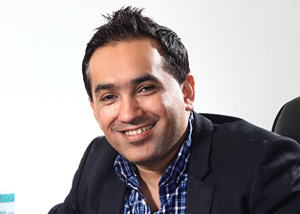 Zeeshan Ali Khan is the Co-founder and Chief Executive Officer of Zameen.com. The quintessential entrepreneur, Zeeshan founded a highly successful B2B e-commerce portal in the UK in 2003, immediately after he graduated from Imperial College London with a Bachelors and Masters in Chemical Engineering.

Towards the end of 2006, Zeeshan moved to Pakistan and co-founded Zameen.com and Bayut.com with his brother Imran Ali Khan. Bayut.com focused on the lucrative real estate market of the UAE, while Zameen.com quickly gained prominence as the leading property portal in Pakistan, winning the prestigious CNBC Best Property Portal Pakistan Award and CNBC Best International Portal Award within two years of its inception. Zameen.com currently has offices in Lahore, Islamabad, Karachi, London and Dubai, as well as presence in 10 other major cities of Pakistan. 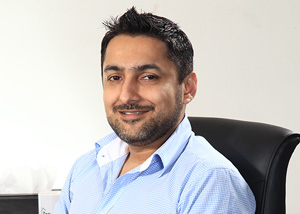 Imran Ali Khan is the Chief Operating Officer of Zameen.com, which he co-founded with his brother Zeeshan Ali Khan in 2006. Imran was also an instrumental part of the brothers’ B2B e-commerce portal in the UK, which went on to become a highly successful enterprise spanning five countries.

Before co-founding Zameen.com, Imran worked for such prestigious organisations as investment banking giant Goldman Sachs, and Deloitte, the largest professional services network in the world, along with pursuing his ACA qualification. His keen take on the market has been featured in the likes of Forbes, Zawya and Saudi Gazette, and he continues to power Zameen.com’s ascent with his considerable acumen.

Imran is a graduate of the University of Oxford, from where he acquired his Bachelors and Masters in Engineering and Computer Sciences. 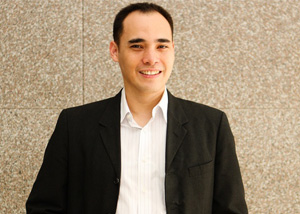 Patrick Grove is a renowned internet and new media entrepreneur who is the Co-founder and Chief Executive Officer of Catcha Group. Over the course of 14 years, Patrick co-founded and led four companies from start-up to initial public offering (IPO), namely Catcha Media Berhad, iProperty Group, iCar Asia, and iBuy Group. The scope of these companies varies from real estate and automotive portals to e-commerce groups, and their operations span Malaysia, Singapore, Thailand, India, the Philippines, Indonesia and Hong Kong.

Under his leadership, Catcha Group has become the largest online investor in the ASEAN region. He has also been independently and widely recognised as an industry luminary in the Asian region with numerous international awards, including Global Leader of Tomorrow by the World Economic Forum; New Asian Leader by the World Economic Forum; Young Entrepreneur of the Year by the Australian Chamber of Commerce, Singapore; Asia’s Best Young Entrepreneur by Bloomberg Business Week, and Australia Unlimited’s 50 Global Achievers. 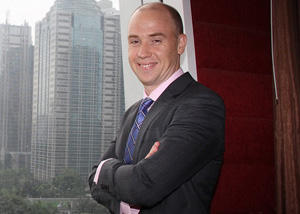 Shaun Di Gregorio served as the Chief Executive Officer of iProperty Group for over four years, ending in March 2014, and currently heads the venture capitalism firm Frontier Digital Ventures, in addition to serving in an advisory capacity to online classifieds businesses around the world. During his tenure at iProperty Group, Shaun spearheaded the transformation of iProperty Group from a small online business with a market capitalisation of $15 million into the largest listed internet company in the ASEAN region with a market capitalisation of $600 million.

He has been working with online classifieds for nearly 12 years, eight of which he spent with the REA Group as the Asia Pacific General Manager and later the International Business General Manager. He has been a non-independent, non-executive Director at iCarAsia Limited since July 2012 and is a Member of the Australian Institute of Company Directors. He holds an MBA from the Australian Graduate School of Management, University of New South Wales, and a Bachelors in Business majoring in Marketing from Monash University.